As usual my race report has been delayed, but as I’m up against the next race (Cateran 55 on Saturday) it’s time to get around to talking about the last one.

The Highland Fling is a 53 mile race along the first half of the West Highland Way, from Milngalvie outside Glasgow to Tyndrum. It isn’t my main race of the year, but was definitely a target event, and I went into it with a taper and aspirations. I was pleasantly surprised to find myself mentioned in the pre-race preview - I know I’ve done well in a couple of events last year, but they were small ones without the greatest amount of competition, whereas the Fling is a big race, both in terms of numbers and in attracting racing talent.

Sneaking out my hotel room in Glasgow town center to get a 4.30am bus, I was amused to see several other runners also walking in the same direction, only one random drunk to be confused. I was surprised to find myself sitting on the bus beside another entrant to the Race Across Scotland later this year.

We arrived at Milngalvie station to the distinct smell of bacon rolls. How odd at that time in the morning. As I’d registered the night before, I just had to drop off my drop bags and navigate the portaloo queues. 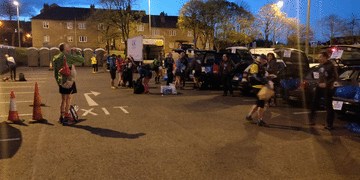 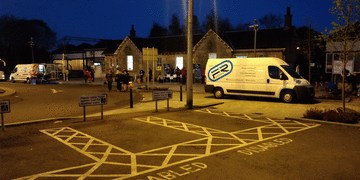 I chowed down on a bacon roll and coffee (the coffee stall on the station platform is opened for the event - so good!) and caught up with a few familiar faces, soon it was time to be going. 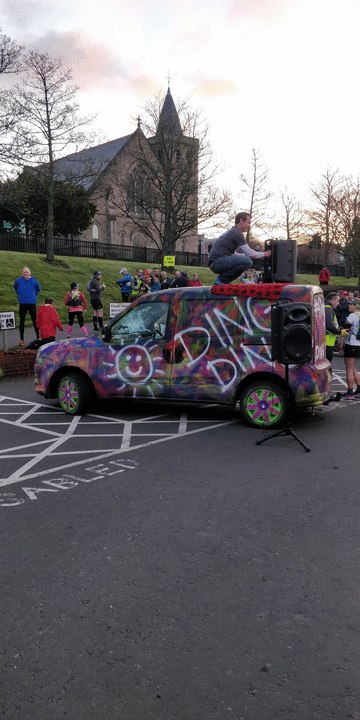 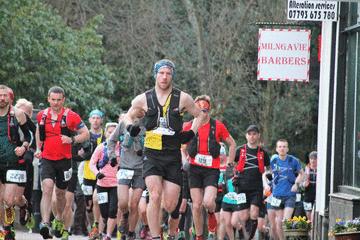 No sooner did we run up the high street, and drop down to the start of the path than I noticed the temperature was a bit chiller than the car park we’d been standing around, and I started fumbling to put on a pair of thin gloves while running and not dropping my pack. Took me long enough and unnecessary stress in the busy start, but once on they were to stay until 30-40k. 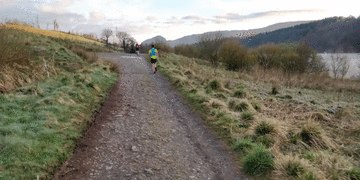 When we got to track up the side of the first small loch, it was a magical experience, and I started with the tedious “wow” and “isn’t this brilliant” theme, there was a thin layer of fog on the water below us.

Soon we come to one of my favourite little bits of the trail, after the first road crossing you hit the first thing that feels like a fun trail to run on rather than a farm track or cycle path (and in some cases get sucked into running the first downhill too hard, I imagine). 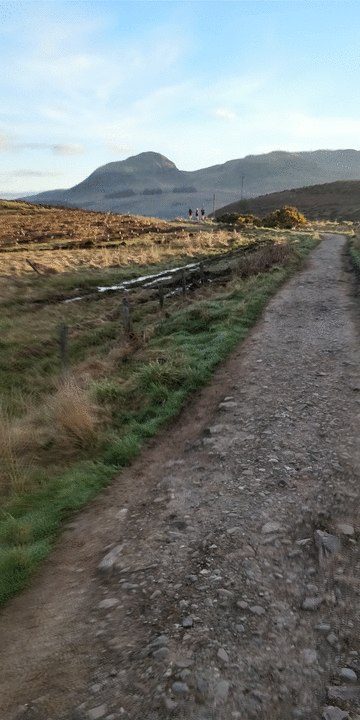 The motto is “the race to Drymen isn’t real”, I was feeling good and running faster pace than intended, chatting with a couple of guys, not pushing but maybe not taking it easy. Saw the one and only Adrian at a road crossing who said something along the lines of “that’s it, take it easy” and thought more on the subject. 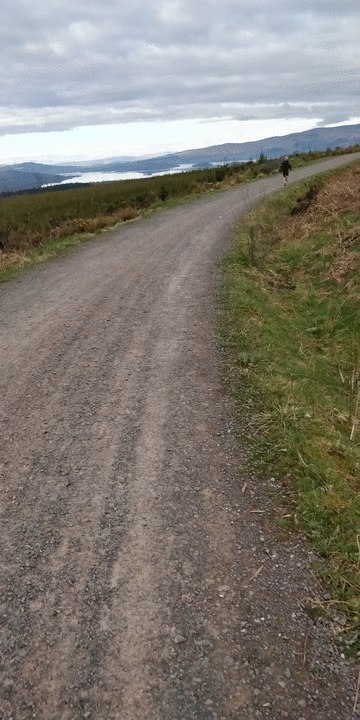 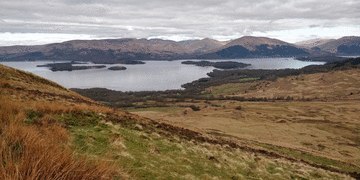 After Drymen I was still finding myself running with the same companion as before, who I’d found out was more of a Euro/mountain style runner, ala UTMB etc. I’m not really sure why it seemed like a good idea to follow his lead and run most of the way up Conic hill, I thought better of it as I got closer to the top, but perhaps the damage was done. In any case I let him go on the bumpy bits and enjoyed the run back down to Balmaha. 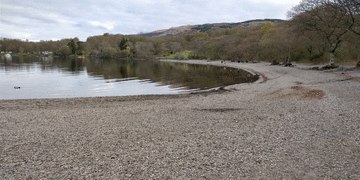 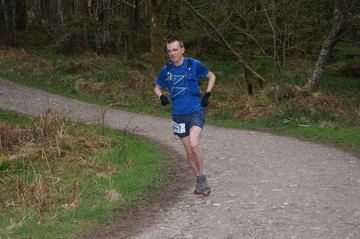 My problem running along Loch Lomond, which I recall having when recceing 4 years ago (bit early you might say!) - is I remember there is a much talked-about gnarly rooted section, but I never remember where it is. There’s some nice trail through the forest before Rowardennan which is a pleasure to run on, and then approaching Inversnaid there’s some rocks and roots, you know this isn’t the real deal but there’s always that idiot demon on my shoulder whispering “is it?”.

I had a moment of confusion at Inversnaid when after seeing a marshall approaching the checkpoint, I saw a checkpoint sign up at the bridge before the hotel, and no sign or indication down the steps towards the hotel car park area. I glanced behind me and misread the person behind me as not following in my footsteps, and actually jogged back to see if I missed the path turning right before the steps. I think a sign that my thinking was already clouded.

So the actual “interesting” section comes after Inversnaid, and by this point I felt like I was racing. Something about a narrow twisty path with roots etc had already made me up the effort from the previous checkpoint, and I continued it here, pushing hard along the least runnable section. I was breathing hard and the heart rate was far too high, but I was enjoying it. Occasionally I’d tell myself I was pushing too hard, and coming up behind someone I’d think it was an excuse to take it easy for a little while, and pace behind them. Of course anybody who hears someone come up faster behind them in a technical section ushers them past, you don’t want someone sitting on your shoulder stressing you out, so each time (I think maybe 3 times?) I had no respite and if anything felt the need to press on. 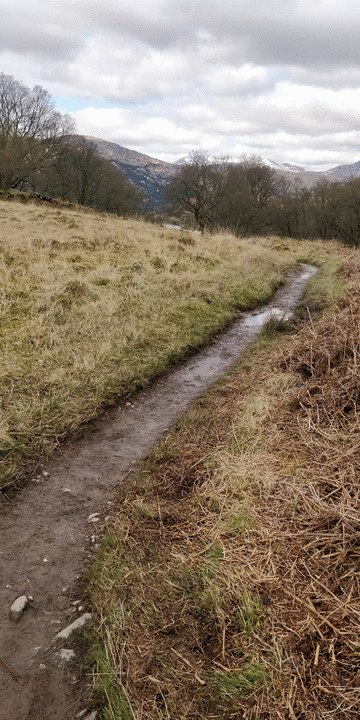 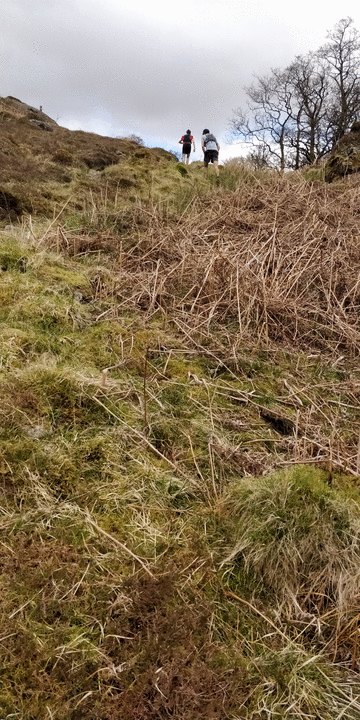 I came into Beinglas knowing the race was in the bag - just 1 section left, anyone can run another 20k right? I also knew that my initial optimism of being able to run the climbs in the last section was probably misplaced (as usual).

I think I was fairly swift with my water top-up and drop-bag rummaging at the checkpoints, so I found myself leaving Beinglas in front of the 2 guys I arrived behind. Knowing they wouldn’t be long after, I jogged up the first couple of inclines on farm tracks to try and put an initial gap between us.

From then on it was a case of grinding it out, walking up the (not particularly steep) hills and trying to keep moving. I’m really not sure how I had the energy or desire to take this picture: 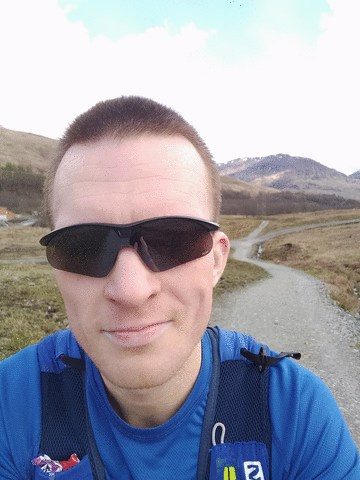 As in every previous time I’ve gone past there, there’s a farm track that seems to climb endlessly up and to the right, and only on getting closer do you realise that the WHW forks and descends at that point. It really is a gift to see.

Under the road and into “cow poo alley”. The day was warmer by this point, and there were quite a few foreign tourists out hiking, as I struggled to run on I caught a piece of wit from a pair of Americans, something like “we were sitting in 4th and 5th place”. Was I really in 4th place? It’s hard to trust the information from random hikers, particularly as you know the first place runner may be so far ahead of the rest that he might not have been counted. But I heard this again later on, and just kept up my resolve to maintain the position - I was really concerned just not to lose a place.

I easily could have done so, I was not running strong, and climbing up to the forest above Crianlarich it was easy to find myself stopping dead for a couple of seconds when I stop to walk up the hill. Must always make deliberate progress! As soon as I topped out and started running downhill I felt I could attack it again, the spirit was there but the legs were not.

Across the road and I knew I had not far to go, flat running. But how far? I could see my watch telling me a few km to go, and I was calculating the minutes left to 8 hours, and thinking it could be possible. Could it? Fortunately the remaining distance was less than my calculation, but I think it was good having this target to push me on to what felt like fast running. 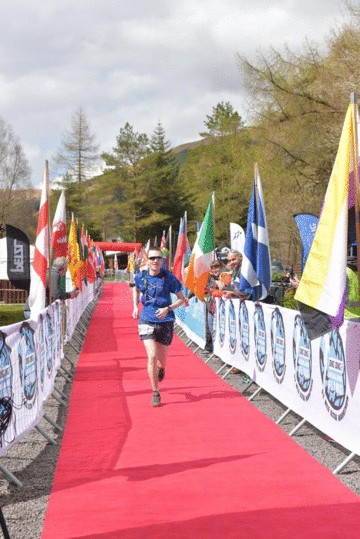 I finished in 7:54:44 for 4th place. That was way over my best projection, which would have been about 8:30/top 10. And I could rest easy knowing I was about 20 minutes behind 3rd, while 3 minutes ahead of 5th, so regardless if the pacing was right, I couldn’t have come away with a better result. 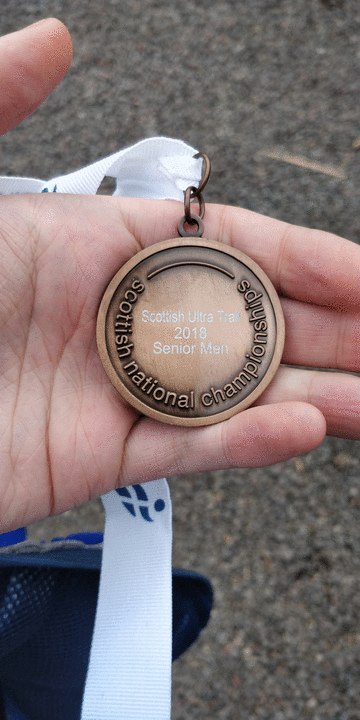 I discovered at the medal ceremony I’d won a sneaky Scottish Athletics Bronze in the 2018 Scottish Ultra Trail Championships, as one of the runners in front of me was English. That’s a first!

Just about recovered from my big head from successful run.

Post fling, the idea was to squeeze some training in before the Cateran 55 (tomorrow). So with 3 weeks between, that’s a big ask, and has to work out as 1 week recovery, 1 week training, 1 week taper, right?

There has been some gorgeous summery weather, even too hot at times, throughout May, and I’ve been out enjoying it, whether running, cycling to work or I suppose staring out the window. 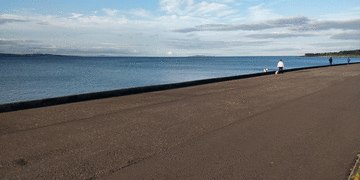 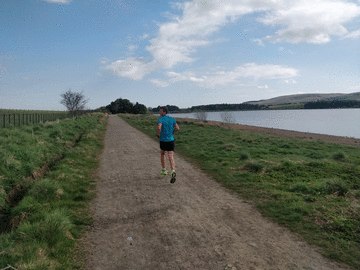 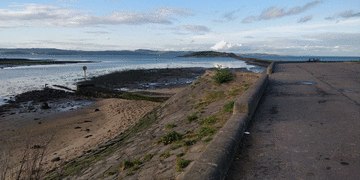 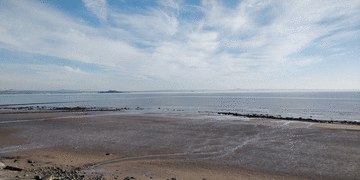 Right now I’m wondering if that heavy week, or mile reps session on Tuesday, is still going to be with me at the Cateran, or if I’ll hit it just right and be recovered for Saturday.