One Monday in July I entered a race: the St Cuthbert’s Way Ultra (100k). I had the map sitting on the bookcase, after all, and had considered running it before. Luckily entry was still open: the race was on the same Saturday.

The race started on Holy Island, where I previously failed to wake up in time to be at for the St Oswald’s way race, so I was happy to finally run across the causeway. I sat by the front of the race in a small group including the previous race winner/record holder Ross Christie of Carnethy, mindful of the fact that the easy terrain meant we could easily run too fast early on. 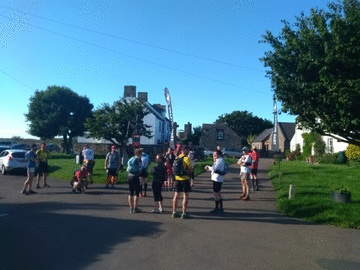 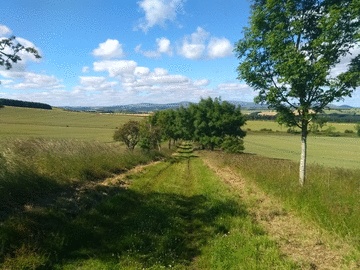 The first part of the race (maybe 10 miles) was familiar in that I had been there before. A little climb and then descending into Wooler to the start of the shorter 45 mile event (an hour or so before we arrived) and the first real checkpoint, by this point just me and Ross. Refuelled, we headed up to the hills. 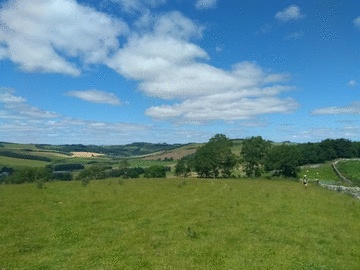 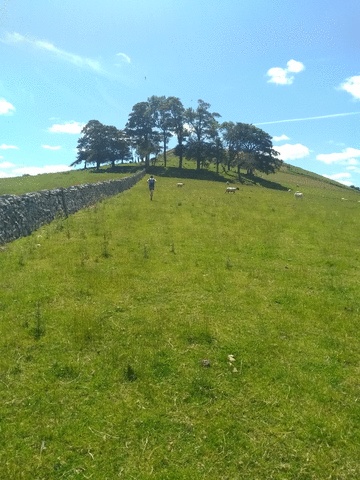 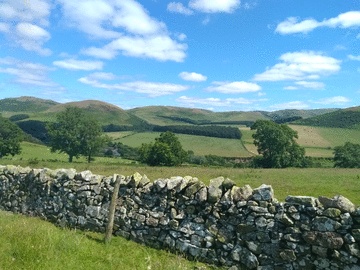 There was quite a bit of climbing, on open hillside which became rather warm - it turned out to be a stunning sunny day - and I soon felt the lack of hill training in my legs. Still I ran with Ross across the main hilly sections, enjoying a day out with good chat, good company. I fell behind descending to Morebattle, and along the roads I didn’t have it in me to catch up. 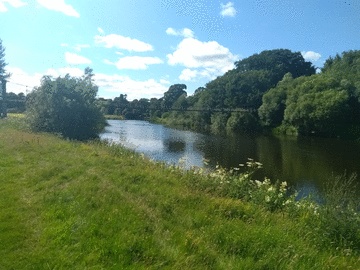 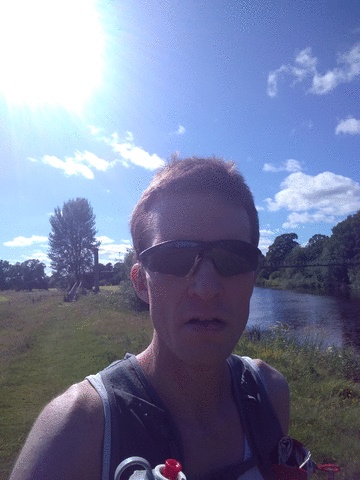 I remember an endless section of running along a riverside - looking at a map it can only be 6 or 7 km. At this point I was failing, on occasion having the inclination to stop running and walk or pause even on the flats. Feeling the effect of the lack of hill training, like I had many more miles in my legs.

The climb up through the Eildons was not so bad by comparison - a hill meaning the slow to a walk was excused - and the run through Melrose had the scent of the finish line.

Another late entry, I had had my eyes on the Ochil ultra for a while, but by the time I went to enter I found I was too late, entries were full. I signed up to the waitlist all the same, but got lazy. A month before the race, the wait-spot popped, and I realised I should step up training, and get ready.

Having the vague inkling to enter the Ochils in my head, and the memory of being unprepared for the hills of the last race, I decided to take the chance to head to the hills, maybe bag a few Munros. Which is something I missed doing so much since pre-running days.

I had a couple of great training weekends - not running much mileage, but having a few big effort blocks.

Really enjoyed the experience of getting back out to the hills again, and through it found some fitness.

The week and a half before the race I felt terrible, not sure if this was latent illness or taper madness. But every easy jog felt like an effort, my expectations plummeted. So I was keen not to be to eager, or have to high hopes on the start line, and set off easy not at the front of the race. I was initially maybe around tenth position, certainly by the climb after the first checkpoint I heard I was seventh. What I didn’t know was how many of the runners in front of me were relay runners - clearly a couple of guys shot of the front initially, but I wouldn’t have been surprised if someone was taking it out hard, who I’d never see again. 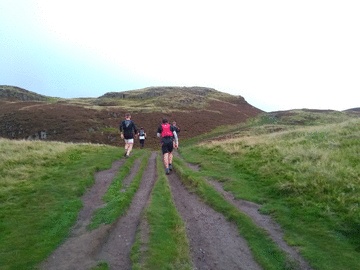 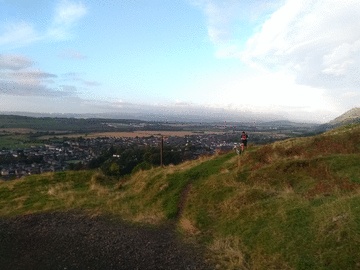 The initial leg saw a group of four or five of us running over Dumyat (with a descent that made me happy for the grip on mud of my Speedcross) and along the road/path through to CP1 and the sharp climb up into the Ochils proper. After the initial ascent the path became a bit muddy (but well defined), followed by a gentle downhill to the reservoirs which I found very runnable.

At this point I was running with Antony Brown, and we ran together for a good while, with a bit of chat (and I was reminded of the exact point he passed me on the Cateran 55). 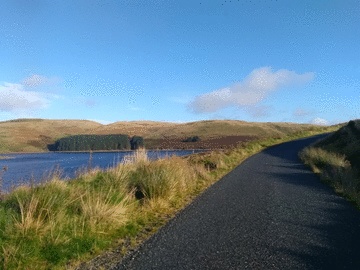 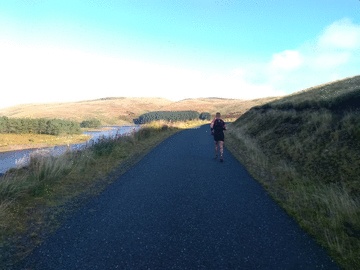 CP2 was by the Glendevon road, and climbing out of Glendevon I had the intermittent company of a relay runner and briefly chatted to someone who was finding the route tough and had obviously overcooked the early sections. Descending the other side of the pass a runner flew past me, more of which in a bit.

After the next road crossing we were now on ground new to me, a Forestry sign that I had passed before was the last known landmark (until Perth). From looking at the map this looked like fairly dull field-side running, particularly from CP3 to CP4, but I rather enjoyed some forestry tracks and then more paths than expected. Even the wind farm was enjoyable to approach. 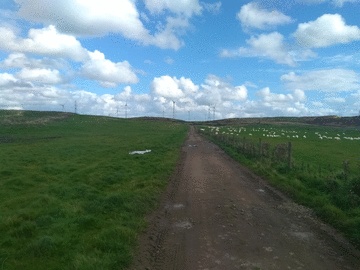 Approaching CP4 I’d been told I was sitting in 2nd place, but I wasn’t entirely convinced if that was the case (with the relay confusion). I had sight of the next runner and could almost see me catching him before the checkpoint - apparently I had a storming run on the 4th leg. As it happens I saw him (as it turns out, Scott Bradley who passed me earlier - his report here) at the checkpoint and caught up heading out onto the road, and we ran together through Bridge of Earn and towards Moncrieffe Hill.

Unfortunately I found that Scott had been coasting in the lead a little while I had been slightly over-eager in the previous section, and as we jogged along the road you could hear a difference in our breathing, I was not relaxed. Turning round to the climb of Moncrieffe hill, a long gradual incline which has never been my forte, Scott was looking strong and making it look easy, and I made the decision to ease back and walk/run the hill, feeling that however much I push myself Scott could clearly respond.

After heading over the top of the hill, I could feel my spirit was broken, and as it turns out I managed to lose 6 minutes in the last 10k, it wasn’t coming back at all. That said, happy to feel good for the first 70k…

Looking back, I maybe should have pushed harder when the legs went and powered through. There seem to have been very little after effects from the race - I took 3 days completely off and a few days with little running, then ran a hard 5k (club handicap race, sub-18 even accounting for what I think might be slightly short course, resulting in a position that made me look like a bit of a sandbagger - but fortunately not enough to cross the line first). Maybe it was just the proportion of trail in the course, but I feel like not hammering the legs after they said no probably contributed to a lack of muscle damage. And so to cross country season…