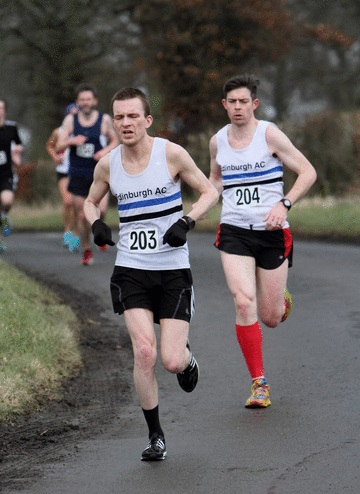 My fitness has been coming back to me, I feel like over a short period I was suddenly able to run hard again.

I’ve not been wanting to risk starting speed sessions yet, however I’ve been trying to work on getting some decent length runs in (a bunch towards the 20k mark), some harder or tempo runs, and taking plenty of recovery time as required.

This has gone pretty well, longer mid-week runs are building a little confidence, but I was greatly encouraged by an 18:00 parkrun when that wouldn’t have been possible a couple of weeks prior.

This Saturday was a new test. After a few beers and much curry on Friday night, I managed to drag myself out of bed for parkrun (to be honest I didn’t really sleep very well). I did that at a decent steady effort rather than all out, in about 19:30, with my eye on the Cupar 5 mile race in the afternoon. For the Cupar 5, I didn’t have any eye on a PB, not being on full form and not wanting to stress myself - just a good strong run, with a goal of not being slower than the morning’s effort. To be honest while 32 minutes was a “minimum” 30 minutes was really in mind for a happy outcome. 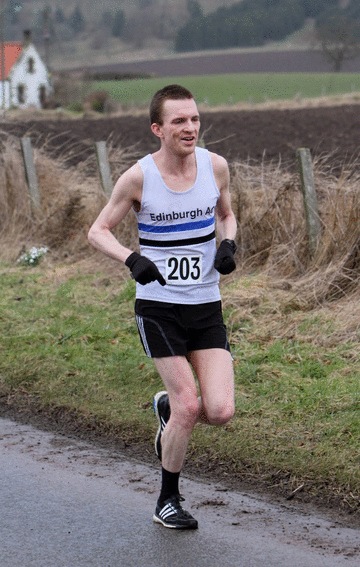 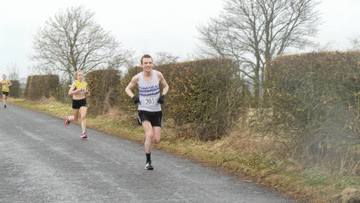 Owain kindly drove a full car up to Cupar. Due to a generous schedule, we had time to enjoy a quality coffee in a local cafe. I do enjoy an Americano on a saturday afternoon.

The weather was not overly appealing, a light rain but nothing significant. All the same it was good to get started. The course is an out and back along a minor road, starting out slightly uphill (and in general against the wind). I felt like the start went off a little fast, feeling rather like a 5k, but I seemed to be going OK. Then as we continued out, I started drifting forward, place by place. I had my eye on Owain’s Edinburgh vest in front of me, and Keith in front of him.

I caught up with Owain, and spent a while trading turns in the wind. I ended up moving forward a bit to get some distance in front of a runner with particularly loud foot-strikes. Soon enough it was the turnaround cone, and an opportunity to see just how close people were ahead and behind.

The route back was uneventful, and I found myself going well enough to stretch out and just push on. Felt good and solid running, but I will admit I kept wondering how long was left. I chased down a couple of runners, and tried to make up ground on Keith ahead, but he was running too well.

Ultimately things seemed to turn out rather better than expected, finishing in 28:31. Seemed I may be closer to getting back in shape than I thought, time to get some longer miles in…