After my highest ever mileage week the plan was to ease off this week. Still off work, I resolved to run less (well, leave out at least 1 double run) and not try to make up mileage. I usually end up adding a little unnecessary distance before/after sessions, so not doing that should let me naturally ease back a bit.

Tuesday session and the aftermath

So Tuesday I skipped my usual morning run (I usually run double Tue/Wed/Thu). The Tuesday track session at Saughton would be longer and further away than my usual session at Meadowbank. Well not only was the extra effort somewhat taxing 2 days after 50k (thought it would never end), by the time I got there, ran around in circles, and returned home it was almost 20 miles total.

Well boy I felt it on Wednesday morning. Wednesday night I went out for a 2 hour jaunt, and my legs felt as tired as ever I remember. The only remedy was a new route, which turned out to be made up as I went along. Up over Arthur’s Seat, down the Innocent Railway and around via Portabello. For one of my hardest easy runs for a long while, it was one of the most enjoyable.

Thursday morning, I still felt the effects of Tuesday. Thursday night it seemed sluggish too; but then a few mile reps at a decently hard effort but not all out turned out to be the perfect pick-up for the legs.

After last week’s hard work against the wind for a slow time, it was time to put the fast shoes on and see what was there. It’s amazing what difference putting on a lighter pair of shoes makes - probably a big bit psychological. It felt good. Even turning around into a slight wind was still nothing compared to the week before. Went through in 17:13, good to know I’m still in decent 5k shape. Hopefully bodes well for a 10k next weekend.

As I said this was meant to be an easier week, but some reading about 100 mile training philosophies, some self-doubt, and the realisation this was my last chance for a long run, meant I decided to get out on the trails for some slightly more specific training. Oh and the fact I picked up a new pair of trail shoes as my Saucony TR7’s don’t quite fit right, the laces come loose, and recently gave me a big blister on the sole of my foot. 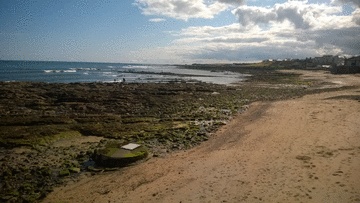 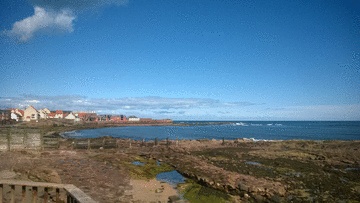 I headed to Dunbar to revisit a run along the John Muir Way to North Berwick and beyond. It was a stunningly sunny day, perfect to hit the trails and experience the coastline. Oddly on these longer runs, it seems to be the first 20k that seems like hard work; there’s so far to go even though the legs aren’t tired yet.

My memory of the route was some nice trails, as well as a little road, and there were indeed. I expected there may be a little mud, as it was rather muddy the last time and it had been raining a couple of days this week, but I failed to take into account the time of year - the ground was so dry that it was packed hard. Good test for the trail shoes being suitable for more mixed terrain and not just soft stuff. 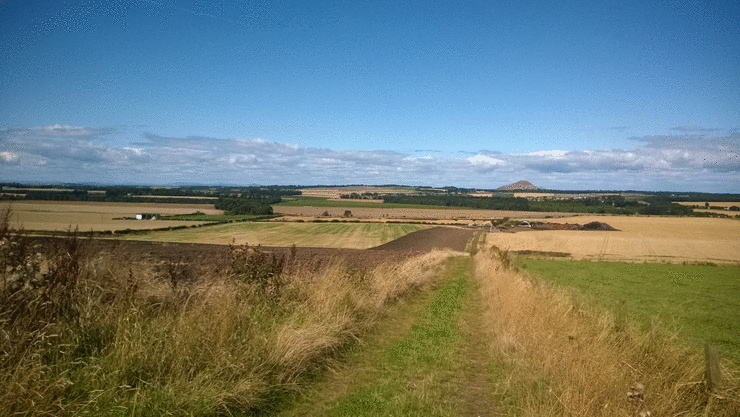 The thing about this route is that North Berwick is bang in the middle. Starting out it feels like it must surely mark the journey’s end, or near enough, but it actually pops up much earlier. With the pancake flat surroundings, the pointed shape of the Law is visible from afar, so as I came into North Berwick I couldn’t resist popping up. A little more leisurely than the recent race, I took the opportunity to sit for 10 minutes on the top for sandwiches and the view. 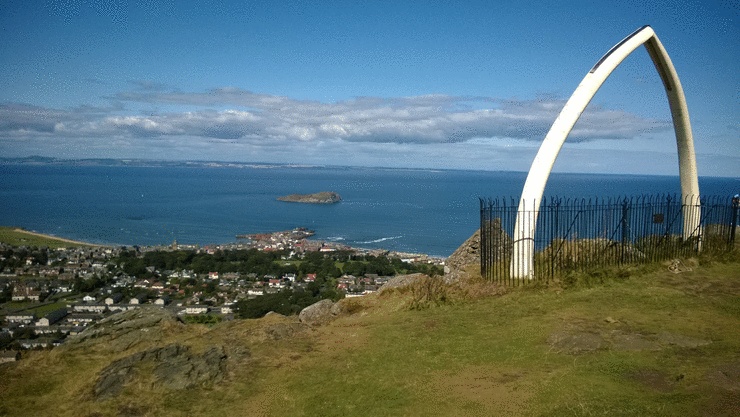 This all seemed a little familiar as I ran into North Berwick for the second time in a few weeks. Nice as the afternoon was, the route after North Berwick isn’t quite as pleasant as the beach itself. All the same, eventually dragged myself along to Prestonpans.

So the easier week was ultimately…179km (111 miles). Second highest week ever. I give up.